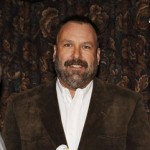 Driver of the Year

Ron Larose has been with Mullen Trucking for over 18 years. When he first applied at Mullen, his letter of reference quoted, “Dedication to Safety and customer service are beyond reproach”. Throughout his years of employment, he has exemplified these words through becoming one of our most successful owner operators. Ron has achieved both 1 million miles of safe driving as well as 12 years of claim free driving. He has received many letters of thanks, in addition to formal awards and recognition throughout his driving career. Pilot car drivers have expressed appreciation at his teamwork, customers applaud his professionalism and office employees have thanked him on several times for his extra efforts to complete a job. He has become a mentor to many and a valuable resource to Mullen Trucking. His conviction on the importance of safety can be heard in our Behavior Based Safety Video which has been used to train and bring awareness to many throughout the Mullen Group. On and off the road, his personality and knowledge are hard not to notice making him one of Mullen Trucking’s most valuable employees not only in 2013, but for many years to come. Congratulations Ron!